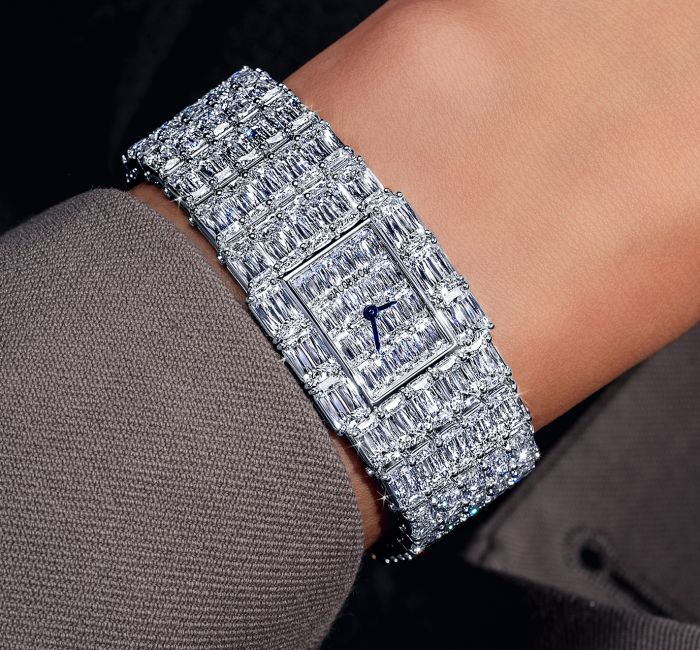 The Mini Ashoka Billionaire is covered with approximately 63 carats of rare, exclusive ASHOKA diamonds. Jacob & Co. is one of the few companies in the world authorized to sell the ASHOKA diamond, a uniquely shaped and faceted diamond created by the William Goldberg diamond firm.

The brilliance of the ASHOKA diamond is unmatched as is its uniqueness. This makes this boutique exclusive timepiece a prized possession that easily warrants its $1 million price tag. 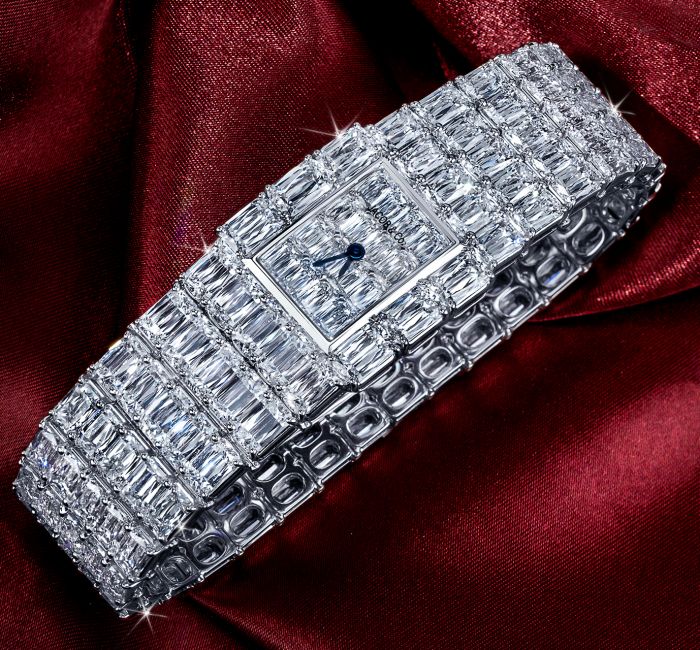 William Goldberg made his mark in the diamond industry as one of the premiere dealers of exceptional diamonds and jewels through his eponymous New York jewelry firm. In 1999, he introduced the ASHOKA diamond, named after a famous 3rd century BC ruler of India and based on an historic 41-carat diamond. Its 62-facet cut is so unique it received a U.S. patent. With its unique cut and arrangement of facets, the ASHOKA appears 30% larger than an emerald cut diamond of the same carat weight. ﻿Ashoka cut diamonds are exceedingly rare because making them requires a large rough diamond—one that's at least three carats in size and essentially flawless.

Jacob & Co. is one of the few companies in the world authorized to sell the ASHOKA diamond. It has appeared on several Jacob & Co. diamond encrusted watched and rare jewels. It is with a sense of pride and a great privilege to make these exceptional, exclusive diamonds available to you. 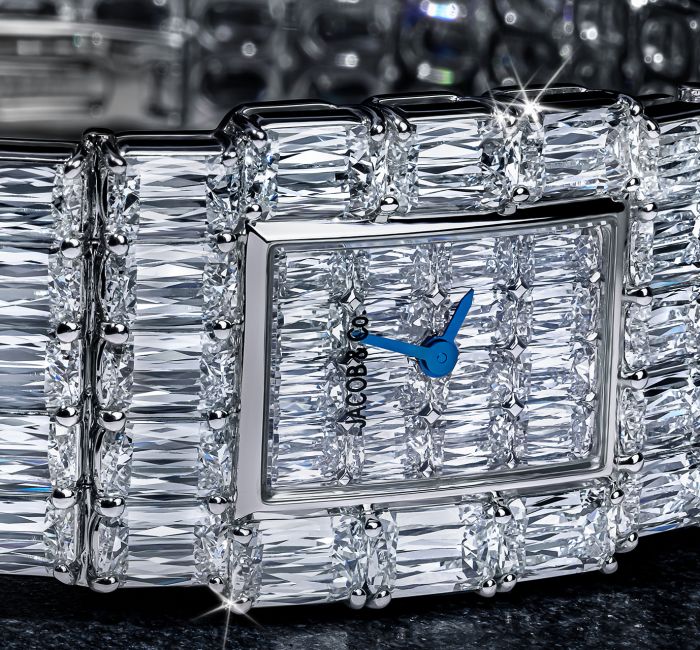 It takes a skilled artisan upwards of four months to place each of the 146 individual ASHOKA diamonds on the case and bracelet of the of the Mini Ashoka Billionaire. This detail becomes more important because of the unique cut of the diamond. With 62 facets and a shape similar but much larger than a traditional emerald cut with its 57 facets, the ASHOKA is exclusively produced by the William Goldberg diamond firm. It is a rare, exclusive diamond with a unique brilliance that is enhanced further by the quality of the setting. 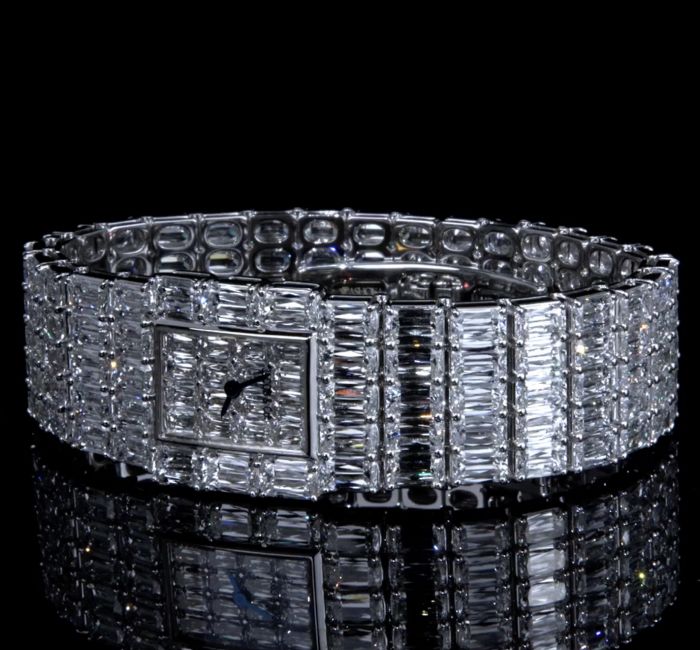 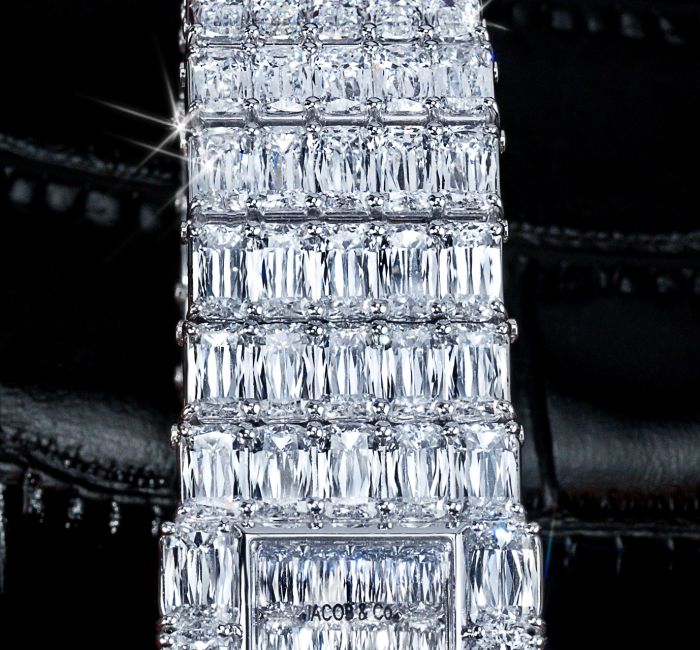 The stunning 18K white gold five-link bracelet ﻿of the Mini Ashoka Billionaire is completely hand-set with Ashoka-cut diamonds, ﻿all specially joined to allow the ideal flexibility, fit and feel. ﻿bracelet tapers from the lugless case all the way towards the diamond-set clasp, maintaining its five-link configuration. A work of art by itself, it perfectly complements and continues the setting on the case. 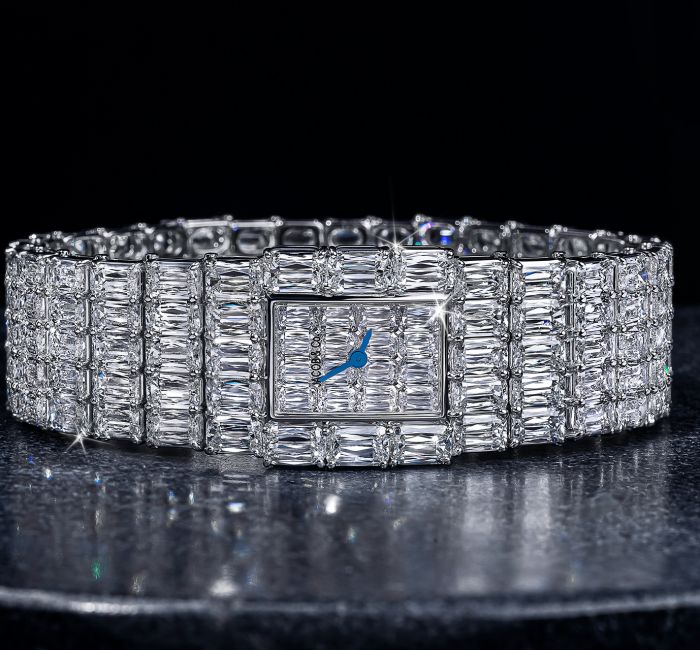 A total of 146 ASHOKA-cut diamonds weighing approximately 60.19 carats make up the 18K gold white case, bracelet and dial of the Mini Ashoka Billionaire. ﻿The diamonds are exceptional in way, internally flawless to VS clarity and E-F color.

Having fully mastered its gem-setting expertise has allowed Jacob & Co. to present ultra-high-end watchmaking in a setting hitherto completely unimaginable. The resulting contrast between two distinctly different, yet equally enthralling disciplines creates tension as much as it does inimitable beauty. 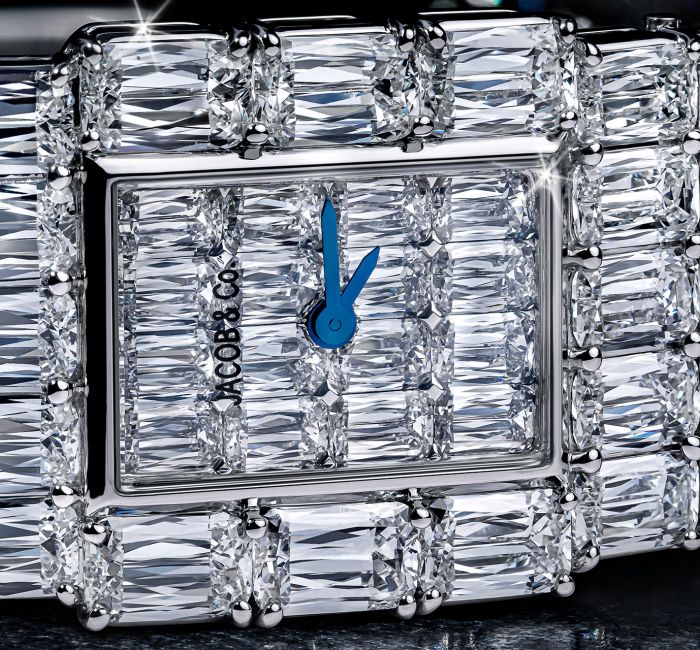 ﻿The blued hour and minute hands of the Mini Ashoka Billionaire glides over a dial made of approximately 3.10 carats of ASHOKA-cut diamonds. 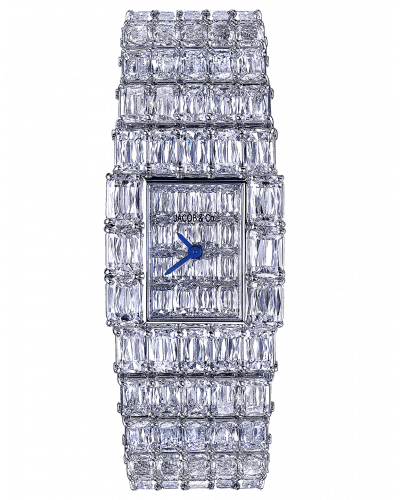