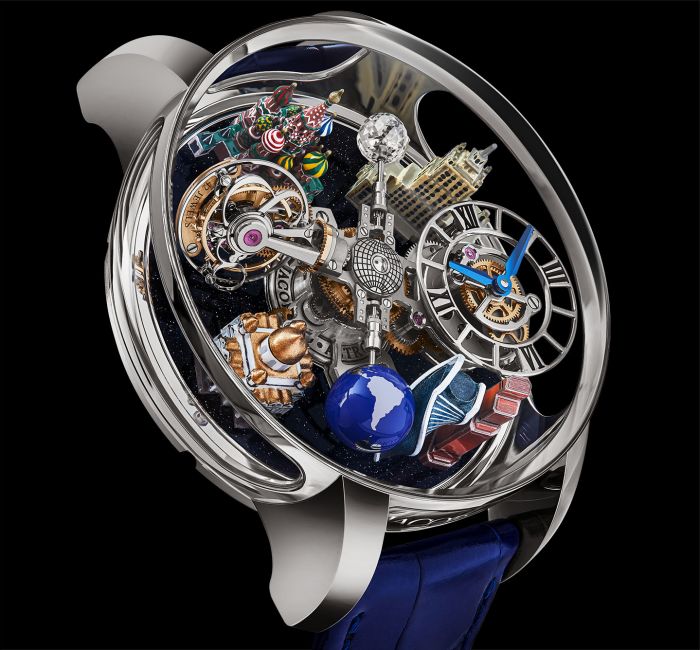 When the Astronomia Tourbillon was introduced in 2014, the re-invention of the tourbillon in a vertical orientation and the constant turning of its four satellites garnered most of the attention.

What led to the development of the Astronomia Art Collection, however, is the incredible sapphire crystal and precious metal case, which puts everything on display. 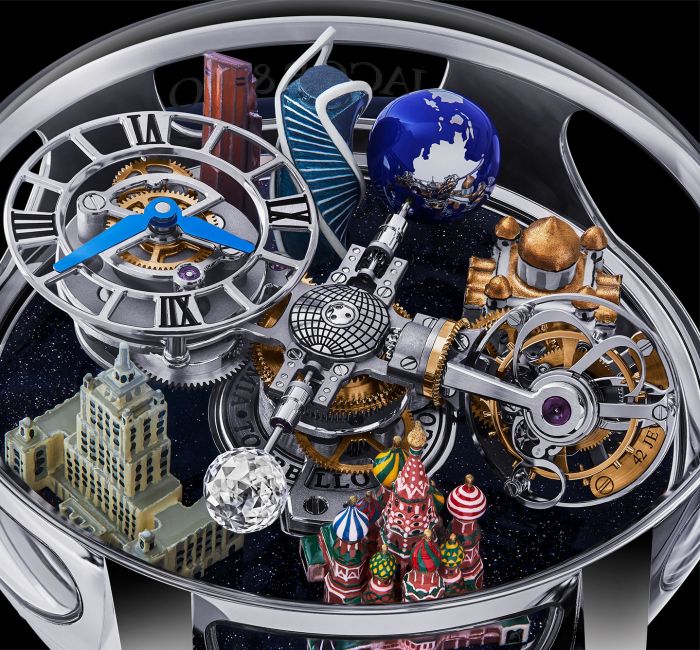 Moscow is one of the world's most important and largest cities. Founded in 1147, the city is situated on the Moskva River, which winds through the city - 49 bridges span the river within the city limits. Moscow is the centerpiece of Russian culture, religion, art, government, business, and education.

The exquisitely finished buildings inside the gallery of the Astronomia Art Moscow are:

Saint Basil's Cathedral, a Christian church in Red Square, is one of the most famous monuments in the world. Designed to look like the flame of a bonfire, it is known as "the flame of Moscow."

The Cathedral of Christ the Saviour, a resplendent Russian Orthodox cathedral on the banks of the Moskva River, is famous for its gold-colored domes and Byzantine architecture.

Hotel Ukraina is one of the "Seven Sisters" of neo-classical Stalin-era buildings located in Moscow, and it was once the tallest hotel in the world. A true landmark of the city, it remains a hotel today, and a five-star luxury one at that.

These four buildings are hand-engraved and hand-painted by traditional métier d'art artisans. Many hours of hand work go into these miniature works of art. They are, in turn, set into an aventurine base, a beautiful glass that looks like a starry sky. 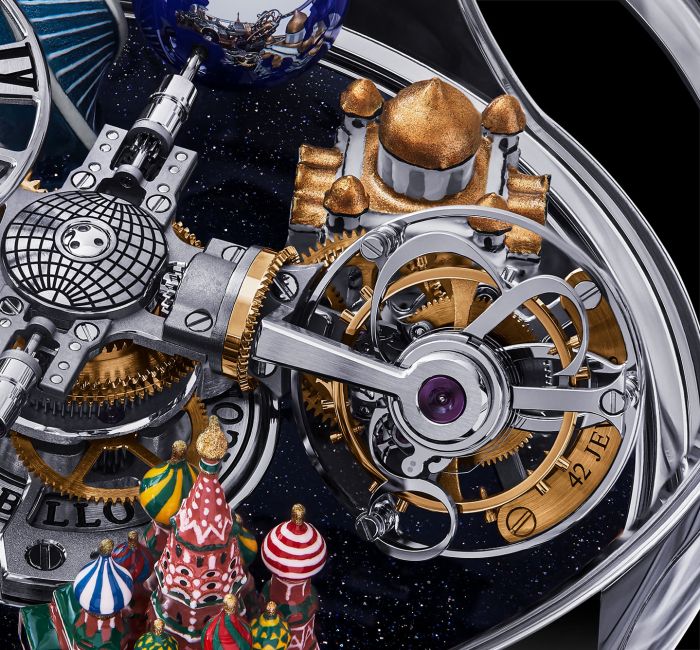 The tourbillon is widely considered the ultimate complication, as it turns and spins to counter the effects of gravity on the precision of the movement. For the Astronomia Collection, Jacob & Co. has taken the tourbillon one step farther, introducing additional axes in which the tourbillon turns. For this Astronomia Art, the tourbillon is double-axis - turning in two axes: one in 60 seconds and the second in 2.5 minutes. The sculptures block the movement from making its normal tour around the dial. 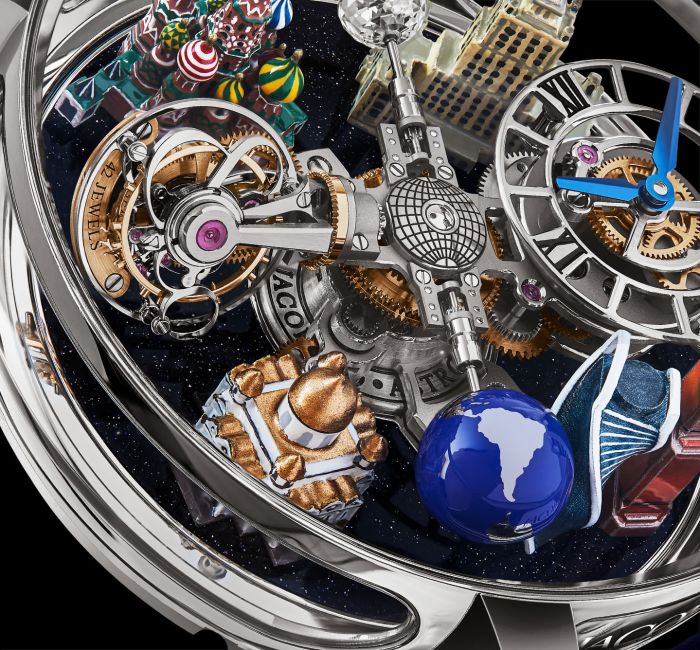 The base dial of the Astronomia Art Three Monkeys is made from pure aventurine, beautiful glass that looks like a starry sky. 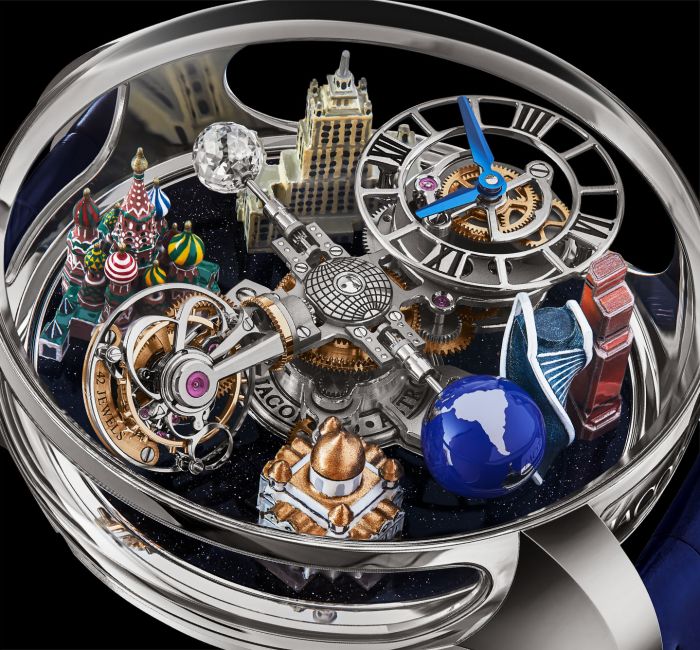 Customization and bespoke work has been the foundation of Jacob & Co. since the beginning and continues to this day. The brand has created a number of Astronomia Art pieces - Dragons, Spiders, Octopi, Horses, Tigers, world cities and more. Visit any Jacob & Co. point of sale or contact the brand directly to inquire. 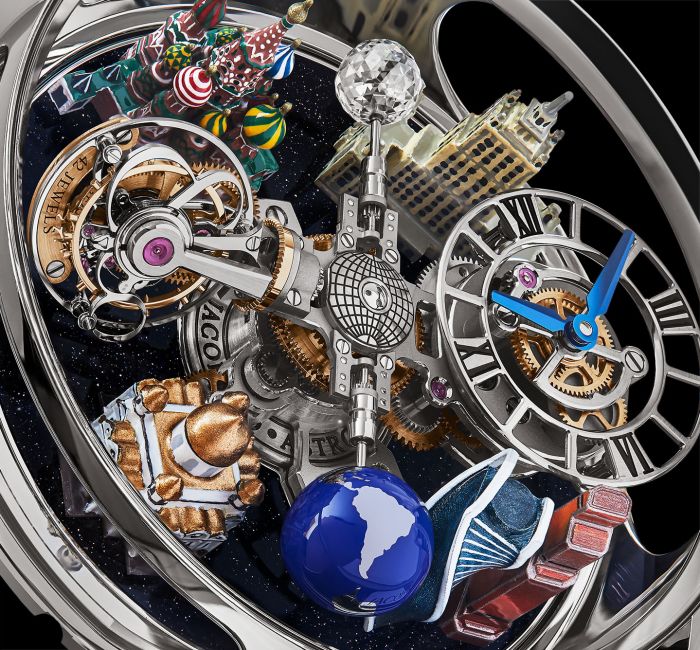 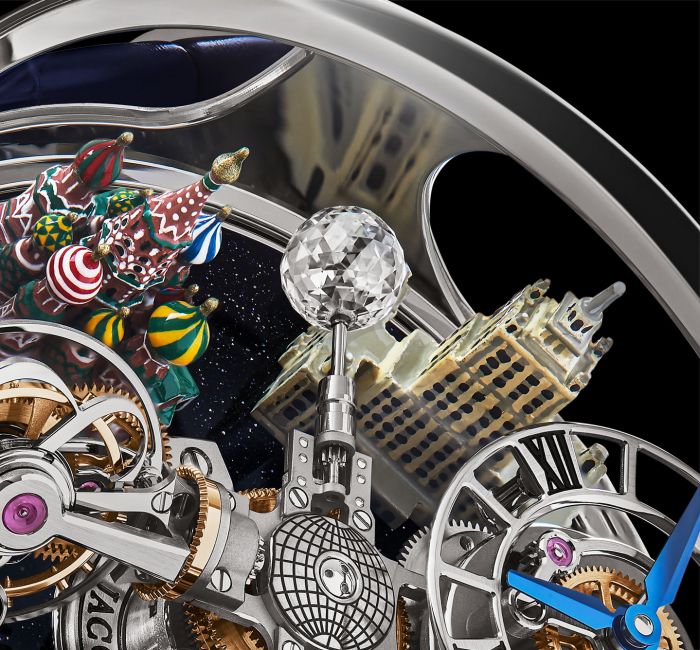 Jacob & Co. has been on the forefront of using precious stones since its founding in 1986, and has developed a number of special cuts and setting techniques. For the Astronomia Tourbillon, the brand developed the 288-facet Jacob-cut diamond. This special cut can be accomplished by only a select few gem cutters, and the rough stone typically starts out double the size of the finished diamond. The facets have to be incredibly precise so the diamond is perfectly symmetrical and round. In the Astronomia Art, the one carat Jacob-cut diamond rotates on itself in 30 seconds. 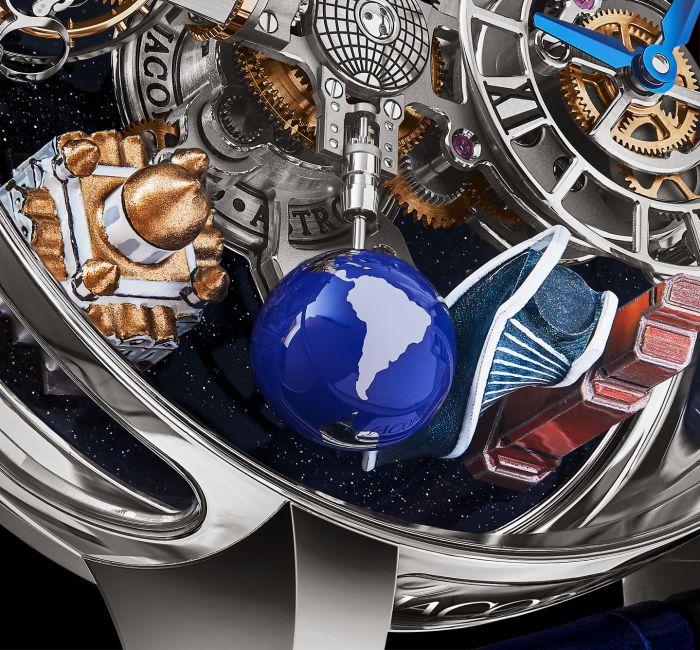 The globe is made of blue-lacquered magnesium to ensure consistency in weight, as all four satellites have to weight exactly the same. The globe rotates on itself in 30 seconds. 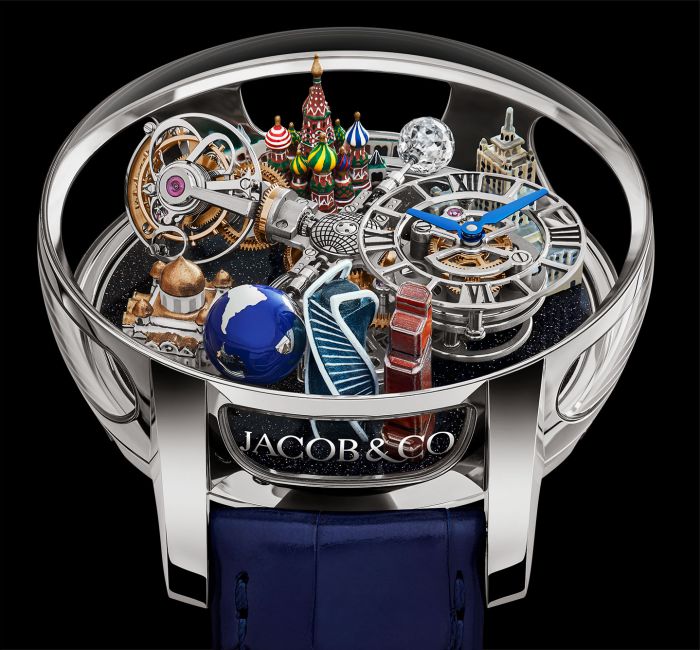 The Astronomia Art 's case measures 50 millimeters in diameter and 25 millimeters thick between the highest point of its specially curved front sapphire crystal and the lowest point of its case. Crafted from 18K white gold, the case features four sapphire crystal windows installed throughout the periphery, allowing for unhindered viewing of the spectacular caliber and the artwork inside. 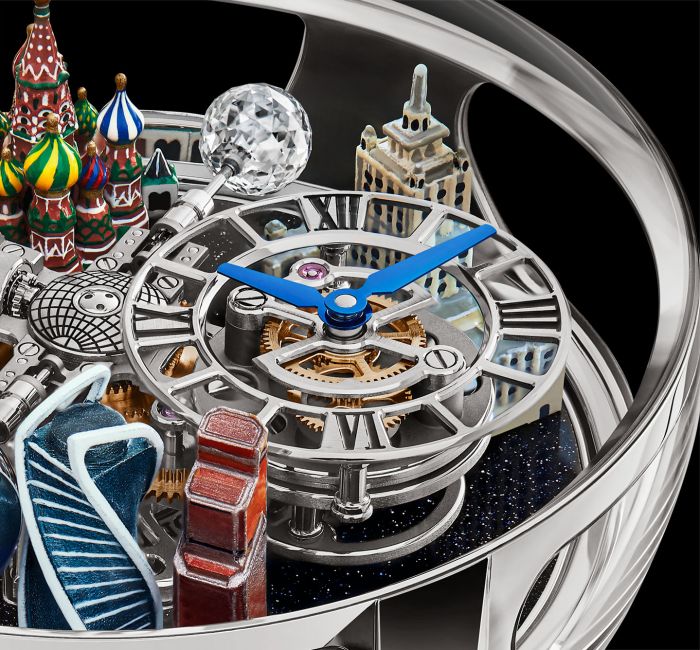 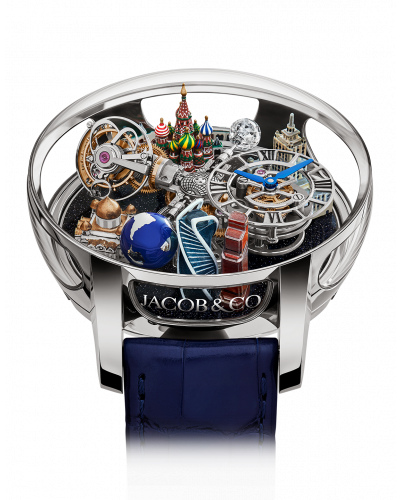 • Magnesium Blue Lacquered Globe, rotating on itself in 60 sec